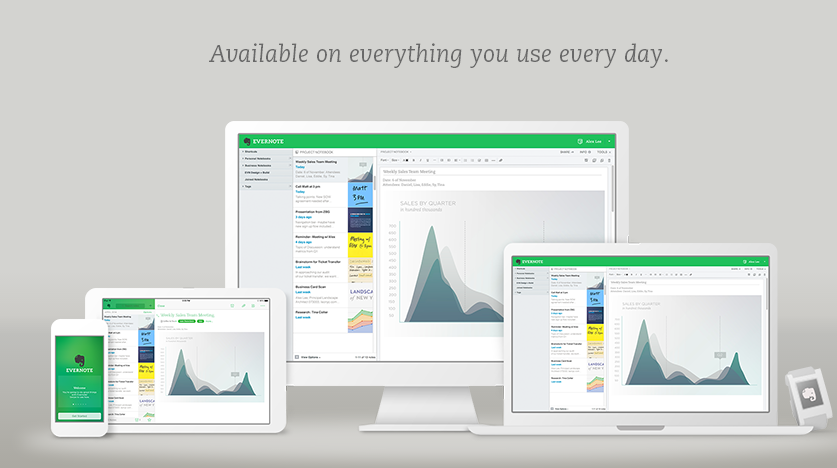 One of my favorite home screen icons is the grey Evernote elephant head on a bright green background. It always pops out of my screen when I am looking for it and I am thankful for that. As a web designer and mobile app builder I often find myself on the road and in my customer’s offices.  I use Evernote to make notes on my phone and then when I get back to my office I can call the same notes up on my PC and vice versa. Yes, I still sometimes have the occasional piece of scrap paper with a scribbled note but as time passes my handwriting keeps getting worse and one of these days it just won’t be legible anymore.

Evernote is easy to use and full of helpful suggestions on how to get the most out of the app.   In addition to saving notes it allows you to save images, snapshots, audio and collaborate with others by sharing notebooks.  Evernote is a free download for all your devices with a Premium version reasonably priced packed with additional features.  Evernote 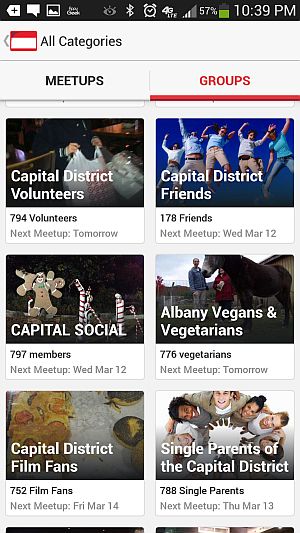 I was very surprised when a girlfriend of mine recently announced  “I’m bored”.   Being semi retired she had some extra time on her hands.  I think actually she was missing human companionship and I instantly thought of Meetup.  You can see why by reading their mission statement: Meetup’s mission is to revitalize local community and help people around the world self-organize. Meetup believes that people can change their personal world, or the whole world, by organizing themselves into groups that are powerful enough to make a difference.

Meetup.com has a great website and companion mobile apps. They all  integrate with Calendar, notifications, and GPS feature on your phone or desktop.  Meetup is the world’s largest network of local groups.  They facilitate groups of all kinds Arts & Culture, Career & Business, Health & Well Being, Pets, Parents, Tech, to name a few.  You can find groups within a specified radius of any given town or start your own.  I use it to find Networking and Tech groups and I have a listing of my Meetups  here.
If you haven’t checked out Meetup you don’t know what you are missing! 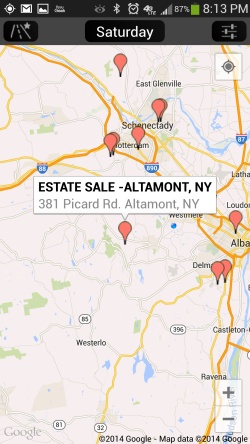 People who know me well know I love to go to yard sales. I have a collection of collections to showcase all my bargain buys.  For a while I could never pass up a vase, after that it was blue glass, then country style pictures, and … well you get the idea.   I was trying to come up with the killer app where I could make millions and it was no surprise that Elaine suggested “Why don’t you make an app for yard sales? People are riding around in their cars going from yard sale to yard sale.  It’s a  perfect app for a mobile phone.”

I did my due diligence and found Yard Sale Treasure Map   YSTM launched in February of 2009 and has since become the most popular garage sale mapping tool on the web.  The value of YSTM comes in the intuitive way they show you the ads posted on Craigslist.  I just look for the ones near my house however you can also design routes and then select the “Google Maps” button on the “Planning” tab to send this data to a google maps page.  It’s a free download on Google Play and Apple App store,  $2.99 for the commercial free version.  You can also use their website to plan your route and sync it later with your iPhone or Android. 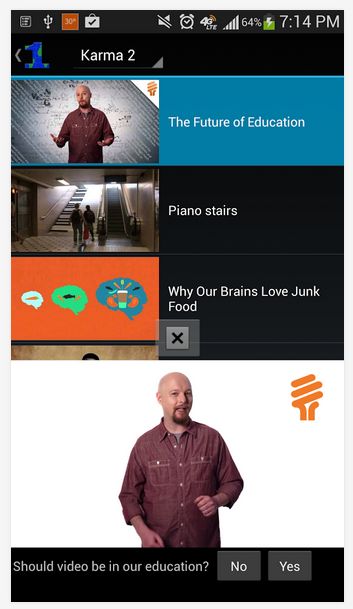 Guilderland High School graduate Eddie Pierce has just launched start-up EnlightenU.  During his sophmore year at Boston College he took a course called Tech Trek and had the pleasure of visiting with over 20 firms, including Google, Apple, Facebook as well as several start-ups and venture capital firms in the “Other” Valley . From that point on he knew he was destined to become an Entrepreneur.

“We are living in a different world than our parents did. We need to use the tools of today. Learning through video is powerful as we have evolved to learn by watching others. The Internet allows us to connect and share infectious ideas.”

EnlightenU is a crowd sourced educational video platform that helps students build a democratic approach of uploading and voting on the best videos.  The focus is on learning via the most engaging and important ideas. It uses some gaming mechanics so the more videos you watch the more features you unlock. There is a back-end hiring service that is based on the premise that the more educational videos you watch the more it shows what a hard worker you are and makes the job seeker stand out from the rest as the best candidate.

After watching all the videos in Karma 1 and 2, I found myself motivated to want to do more with my life and career and to do something I had a passion for and founded

.   Here are a few of the videos on Karma 1 you can watch when you download the mobile app EnlightenU  from Google Play or view them on the web at www.EnlightenU.us